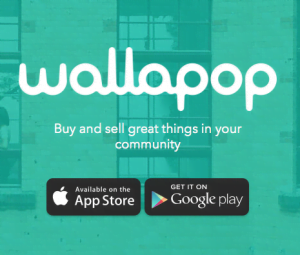 ESADE Alumni and the Banc Sabadell initiative BStartup have chosen Wallapop as the winner of the 2015 ESADE Alumni–Banc Sabadell Start-up of the Year Award. Wallapop is a person-to-person second-hand marketplace app available only for smartphones and tablets. Using geolocation technology, Wallapop displays second-hand products for sale within a radius of a few kilometres, enabling buyers and sellers to meet up in person.

Wallapop CEO Agustín Gómez will collect the prize on 17th June at a ceremony that will feature appearances by Xavier Sanchez, Director of ESADE Alumni, and Carlos Ventura, Deputy General Manager of Banc Sabadell. The award ceremony will take place on Alumni Entrepreneurship Day, a day-long event featuring lectures, debates and panels where entrepreneurs will discuss various new business opportunities.

Wallapop among the 10 most downloaded apps

Wallapop has since been downloaded more than 10 million times and has been one of the 10 most downloaded apps for iOS and Android since its launch. Wallapop currently has more than 21 million items listed in its marketplace and facilitates 7 million transactions each day. The app is available in Spain, France, the United Kingdom and the United States.

Alumni Entrepreneurship Day is a full-day event open to entrepreneurs, investors and students – the entire entrepreneurial ecosystem. The first session of the day – an entrepreneurship-oriented edition of Matins ESADE featuring Alfons Cornella, founder and CEO of Infonomía – will be followed by the presentation of the ESADE Alumni–Banc Sabadell Start-up of the Year Award. Alumni Entrepreneurship Day will continue with panel discussions and lectures by high-profile speakers such as Rodrigo del Prado, Deputy General Manager of bq; Òscar Macià, co-founder and General Manager of ForceManager; Iñaki Berenguer, founder of Pixable and Contactive (acquired by Singtel and ThinkingPhones, respectively); César Isern, founder of Iceberg (acquired by Pinterest); Javier Andrés, founder and CEO of Ticketea; and Marco Centaruro, Global Marketing Solutions Director for Southern Europe and Benelux at Facebook.