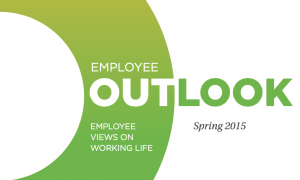 The latest Employee Outlook 2015 survey, published by the CIPD, the professional body for HR and people development, in partnership with Halogen Software, has found that regardless of organisation size, the vast majority of employees want to work for a firm that has a ‘family feel’ and is ‘held together by loyalty and tradition’. In response, the CIPD recommends that organisations should regularly assess perceptions of organisational culture and highlights how a mismatch between how employees currently see the culture of their organisation and the type of culture that they would prefer to work within can have significant implications for talent management and overall business success.

When asked to describe the kind of firm they currently work for, nearly 50% of the 2,226 employees surveyed described the culture of their organisation as ‘a formalised and structured place to work, where procedures govern what people do and hold people together.’ This was highest in the public sector (74%), in the voluntary sector (43%) and unsurprisingly in large organisations with over 250 employees (59%).

In contrast, just a quarter (26%) of employees describe their current organisation as having a ‘family feel’ but when asked what their preferred working environment would be, over half of respondents (55%) specified that they would prefer to work in an organisation ‘with a family feel, held together by loyalty and tradition.’ This was higher for women than men (60% compared with 50%) but a consistent choice across all age groups.

Jessica Cooper, Research Adviser at the CIPD, comments: “This is a defining moment for businesses. After the uncertainty of the recession, we’ve now reached a point of stability which is seeing improved engagement from employees. However, far too many people are still sitting in the ‘neutral’ camp. Now is the time for businesses to engage with their talent to understand how they can reinforce and evolve their organisational culture moving forward. And the direction of travel is clear: employees want to work somewhere with a ‘family feel’, where they can really feel like they are part of something. Culture is one of the few things that can define a business and if organisations can get it right, it will give them a competitive edge and a strong foundation for business growth. Culture can’t change overnight, but organisations can start to think about ways in which they can make changes to better suit their talent’s preferences. Equally, employees should consider culture when moving jobs in order to have a more satisfying role.”

Dominique Jones, Vice President of Human Resources at Halogen Software, said: “It’s clear from the survey findings that employers have a huge opportunity when it comes to developing a corporate culture that attracts talent and inspires them to high performance. Given the critical impact of culture on everything from employee engagement to business outcomes and results, organisations that want to boost workplace productivity and employee retention need to incorporate the key attributes of their company culture into all stages of their talent management process. Achieving a good workplace culture doesn’t happen accidentally — it happens intentionally and talent management best practices can help.”